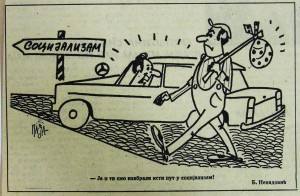 After breaking with the Soviet Union in 1948, Yugoslav communists embarked on their own “third way” to socialism alongside a comprehensive programme of socialist modernization. Participation and democratization in the running of the state and the economy were meant to ensure the legitimacy of the regime under changed circumstances. However, particularly for blue-collar workers, the promise of a true humanization of work – a cornerstone of the ideology of self-management – was not fulfilled despite many attempts at reform. In a micro-historical study that embraces the period between two economic crises 1965-1985, I examine labour relations at the shop floor that were marked by different forms of consensus and conflict. Blue-collar workers occupy a central role in my research. Nevertheless, their  agency manifests through interaction with other social groups at the factory. In interrogating labour relations the project analyzes the linkages of macro-economic and social policy with the micro-level and thus touches upon the question of the legitimacy of the Yugoslav communist regime in industrial environments. Embedded in their respective historical, cultural and socio-economic contexts, two companies in the automotive industry serve as case studies: Tovarna avtomobilov in motorjev (TAM) in Maribor/ Slovenia and Zavodi Crvena zastava (ZCZ) in Kragujevac/ Serbia. 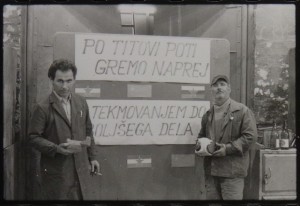 The project focuses on conflicting practices, that are centred around topics as the level of wages, the value of work and living standards. Apart from disputes over incomes and social benefits, the violation of labour discipline is a particularly suitable subject to study moments of conflict. In the way companies deal with industrial indiscipline, the different motivations as well as the strategies of the participating actors to pursue their interests become visible. Especially conflicts over incomes shed light on a problem that was downplayed by the ruling communists: While the regime cherished the idea of a homogenous working class, analyzing discourses and practices of conflict helps to understand the social differentiations among industrial workers. Through the prism of social conflict it becomes visible that visions of social justice which official doctrine promoted where all bound to the imperative of self-management. Simultaneously social inequalities were not a priority on the political agenda and thus interpretations of social inequalities were kept rather vague. Yet, at the factory level consciousness of critical social inequalities was present and – depending on the perspective – clear interpretations of social realities were at hand. Following these observations I deal with following questions: How did different groups perceive and represented themselves and dissociated themselves from others? What are the characteristics of the various lifeworlds shining through here? How did the social groups (manage to) pursue their interests? Which value systems did their arguments draw on? What were the facilitating or constraining factors in different groups‘ pursues of their interests? 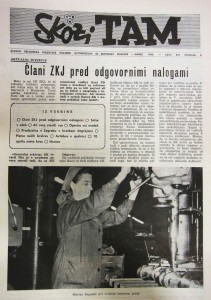 These bargaining processes for material and symbolic recognition took place in a complex arrangement formed by workers, the management, the party and the socialist mass organizations. Since the role and competences e.g. of the trade unions was subject to political controversy, positions taken by its representatives on the local, republican and federal level where often ambiguous and could be employed by workers. Additionally, the changing conditions of workers‘ self-management as an ideological obligation – and in many cases a simulation – contributed to the complexity of the situation on the shop floor and opened up spaces for wayward reactions. In which ways it restricted or enabled the different groups in their pursuits will be reflected upon in my study.

Ulrike Schult: „Back then Hungry People went Abroad, now it´s the Greedy Ones.“ Industrial Workers and the Strive to take part in the „Good Life“ in Yugoslav Socialism. 26-28 June 2014, Second IOS Annual Conference: Labour in East and Southeast Europe. Institutions and Practices Between Formality and Informality. Institute for East and Southeast European Studies Regensburg.

Ulrike Schult: “Comrade Dobrila is an Eager Alpinist.” Linkages between Work, Health and Leisure in a Yugoslav Self-Managed Enterprise. 5-7 December 2013, Conference: Socialism on the Bench. Cultural and Historical Interpretations of Yugoslav and Post-Yugoslav Societies, Juraj Dobrila University of Pula.