Impact of Postsocialist Transition on Workers

– A Research on the Serbian Working World –

The socio-economic development of Serbia during the last 30 years is strongly marked by processes of disintegration, discontinuity,isolation and finally by a neoliberal reorganization with a strong liberalization of trade and foreign investment. With the debt crisis in the beginning of the 1980s, the Yugoslavian government promoted an export driven economic development and import restrictions. The impoverishment of the Serbian society developed even faster in the 1990s due to the trade embargo of the UN, the wars on the territory of Yugoslavia and the NATO-bombing in 1999. After the fall of Slobodan Milošević on the 5th of October 2000, the new elected government perused a neoliberal reconstruction plan for the Serbian economy with a liberalization of the trade regime, foreign investments and a privatization of factories. 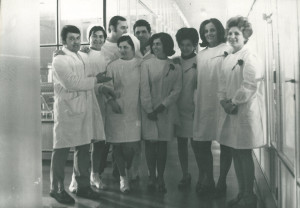 In my research, I analyze the impacts of these macro-level developments on the working world in Serbian small and medium-sized factories, and I investigate to what extent it influenced everyday routines and social relations on the shop level. Therefore, I conduct my research on two case-studies: the pharmaceutical factory Jugoremedija and the milk-processing company Mlekoprodukt, located in the city of Zrenjanin. Both factories have in common similar structures: they were part of the nutrition combine “Servo Mihalj” and were successfully producing during the time of real socialism. In the 1990s, both factories managed with state support to endure the sanctions. With privatization in 2002 and 2004, the development of the factories diverged. Jugoremedija, on the one hand, was partly privatized and sold to a tycoon. After years of job actions and protests, the company was managed by its 4000 small shareholders. In December 2012, it went bankrupt. Mlekoprodukt, on the other hand, is considered to be a “successful” case of privatization. Bought by a French transnational company, it is now one of the 90 factories of the Bongrain group. 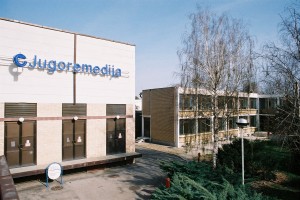 I see the factory as a space of social agglomeration where different social groups are arranged in a formal and informal hierarchical relationship, which structures the every day routines in workspaces. I focus my research mostly on the social relationships inside the factory after the appraisal of the changing ownership rights from social to private property. I am interested in the changes and continuity of the social relations between the management and blue-collar workers, the relations along gender lines or between members and nonmembers of the trade-unions. Furthermore, I investigate the resistance and job actions inside and outside the factory. One can posit that the transformation of the ownership structures and the decision-making from a postulated self-managed to a top-down process starting in the 1989 influenced the social relations in the factories. This developed differently in the two cases. While part of the workers from Jugoremedija fought for years against the contentious privatization with strikes and protests, Mlekoprodukt contrastingly experienced a rather calm transition. Which impacts did the different privatization processes have on the development inside the factories, on the working conditions and on social relations? Methodologically, the dissertation is based on the analyses of documents from the company archives, newspapers as well as on ego-documents, so that the main focus lies on the experience of workers in the factories.