Shipyard and Port Workers‘ Milieus in the Northeastern Adriatic, 1945-1990

I study the port workers‘ and shipyard workers‘ milieus in the cities of Trieste and Monfalcone (Italy), Koper (Yugoslavia/Slovenia) and Rijeka (Yugoslavia/Croatia) during the Cold War. In the aftermath of the Second World War and until the 1970s, the Italo-Yugoslav border area remained contested and was characterized by two strong, yet contrary communist ideologies (the Yugoslav Titoist one and the Italian one, which remained alligned to Stalin). Also in terms of its multiethnicity, the region offers an apt playground for an entangled history of the Cold War divides. My comparative micro study of workers‘ milieus on both sides of the border explores port and dockyard work as a key feature of workers‘ lives. The concept of milieu includes the interconnections between the predominantly male sphere of port and dockyard work and the workers‘ families, thus transcending the narrower realms of the political sphere on the one hand and the workplace on the other. The study provides insights into the transformatory processes of Italian and Yugoslav society at their respective geographical fringes during the Cold War. Methodologically, it puts democracy and dictatorship into a relationship with each other.

I comprehensively reconstruct life cycles between the immediate aftermath of the Second World War and the end of the Cold War; I look at comparisons, conflicts, and relations between different regions; these regions were adjacent, a symbol of the bipolar world order („Trieste question“), and thus starkly divided; at the same time, the border was an increasingly open one, indeed one of the most open borders of Cold War Europe, providing for instances of deep local entanglement. I compare state socialist and liberal capitalist value systems as well as linguistic patterns pertaining to work  as they were articulated in this particular border area. In the words of Keith Thomas (Introduction, The Oxford Book of Work, OUP 1999, xix) the project’s underlying frame could be stated as follows: „Communists have dignified manual labour and attempted to devise a social framework in which work becomes fulfilling because the worker owns the means of production. In the West the reaction of most social reformers has been to reduce the length of the working week, to increase the number of holidays, and to improve pay and conditions of labour.“ Social conflicts, or better, attempts to contain social conflict are implicit in both state socialist and liberal capitalist approaches to making work a part of a functioning society and of social well-being. 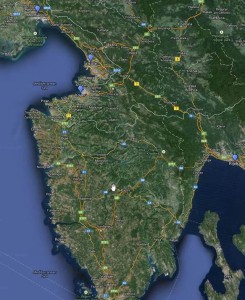 Studying analogous categories of work (ports and shipyards) in locally defined variants of the two ideological fronts of the Cold War, I address questions like the following: How was work understood in the respective settings? What were its ideological and what its social functions? Which were the interrelational aspects of work in life cycles pursued in this contested border region? How did the respective states and markets, as well as the bipolar world order affect local lives?

In reconstructing four exemplary labour milieus, two on each side of the (unstable) state border, I study the relation between work and life cycle, the imaginaries, the social relations, the individual identifications and strategies, the mechanisms and patterns of social inclusion and exclusion, the reference systems of work conditioned by the respective frameworks of „the East“ and „the West“, as well as the entanglements, contradictions and ruptures inevitable to occur in a border setting characterized by a complex and inextricably intertwined ethnopolitical and ideological confrontation. Not least, both the world war and the afterwar state-building processes triggered massive demographic changes, adding to the generally insecure, if not tense sociopolitical situation. I pursue an entangled cross-border comparison between adjacent regions (cities) at a time when they looked back on two decades of common statehood – the Italian fascist state – and emerged from the disaster of occupation and world war, only to become an in nuce variant of the new global order and its ideological confrontations. It is not least in this sense that my study connects to and offers incentives for global labour history.

Sabine Rutar: Towards a Southeast European History of Labour: Examples from Yugoslavia, in: Sabine Rutar (ed.), Beyond the Balkans. Towards an Inclusive History of Southeastern Europe, Wien, Zürich, Berlin: Lit, 2014 (Studies on South East Europe, 10), S. 325-356.

Sabine Rutar: Labor and Communism in Yugoslavia and Italy. Trieste and the Northeastern Adriatic During the Cold War (1945-1975). A Contribution to the Renewal of Workers’ History, in: Acta Histriae 18 (2010), 1-2, Koper: Univerza na Primorskem, Znanstveno-raziskovalno središče, S. 247-274.