How should the post-Second World War period in East Central Europe be understood in light of the overarching temporal structuring of the twentieth century? Older historiographies, reflecting the self-understandings of the historical actors themselves, depicted the postwar in terms of liberation/occupation or reconstruction/Sovietization. Crafted within the historical semantics of the early Cold War, these asymmetrical conceptual pairings were found wanting in the aftermath of the collapse of state socialism across the region. More recently, historians turned to the notion of “social revolution” in order to ground the postwar in a longer history of social change that was merely accelerated by the communist takeovers. Conceptually, the focus on social revolution ought to allow historians to downplay the contingencies of high politics by emphasizing instead the structural continuities between the pre-war dictatorships, the war experience and the postwar transformation. In this view, the recombination of property relations, the mobilization of goods and people on a large scale, the push for ethnic homogenization and the upsurge of quotidian physical violence were all processes triggered in the late 1930s, and so were the dismemberment of party pluralism, the intensification of police surveillance and the crushing of organized labour. 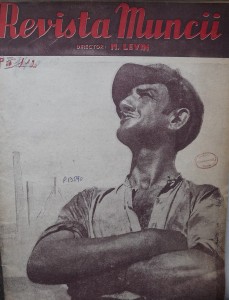 My doctoral project explores the unfolding of the social revolution in Romania between roughly 1944 and 1954 from within two industrial settings. I draw my empirical material from the southwestern region of the so-called “mountainous Banat”, a traditional working-class enclave clustered around Romania’s oldest and largest integrated steel mill. Once a pillar of the Dual Monarchy’s manufacturing industry, Uzinele şi Domeniile Statului Reşita (UDR) employed a large contingent of Swabian workers in metallurgy and mining and remained a stronghold of the social-democratic movement well into the 1930s. My second case-study examines the metalworkers of Bucharest, particularly those employed in a number of factories (Malaxa, Laromet, Vulcan) that expanded their production facilities during the state-led development unleashed in the wake of the Great Depression. By the early 1940s, as both manufacturing centers were integrated into the war economy under direct German ownership via Reichswerke Hermann Göring, workers were confronted with a militarized labour regime that drastically curtailed their ability for collective bargaining. Consequently, through conscription and repression, the war effort not only weakened many of the customary forms of labor control workers’ enjoyed, but also radicalized most of the workforce, thereby increasing the appeal of Fascism, Nazism and communism.

My project picks up the story in the summer of 1944 when Romania switched sides in the war. This momentous event authorized the local communist party and the social-democrats to freely penetrate working-class constituencies and organize factory committees. The early unionization of the workers – which was equally a strategy of containing labour unrest – imparted a specific dynamic to the postwar period in Romania.

In the first part of my dissertation, I argue that, contemplated from the shopfloor, the years leading up to 1950 might be grasped as posing a “labour question” to the emerging communist regime. Firstly, against the background of rampant hyperinflation and plummeting living standards, the postwar state implemented a number of austerity policies with the aim to keep production running: it linked wages to output through piecework, set up subsidized retail stores within factories, assigned prices to consumer goods, and reduced the employment ratio to prewar configurations. Secondly, the period saw myriad attempts on the part of the communist authorities to purge the social sphere of the workplace from popular demands and restore the autonomy of politics through everyday policing and cyclical electoral rituals. Yet, whereas this brief intermezzo – marked by policies of redistribution amidst waves of labour discontent – secured the exit from the war economy, the onset of the First Five-Year Plan revealed the state’s commitment for economic growth. 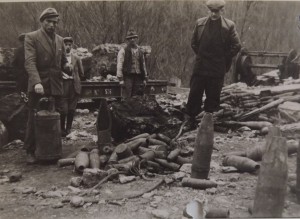 In the second part of my dissertation, I contend that the early 1950s – a period often described as “High Stalinism” – recast the“labour question” in the abstract and impersonal language of saving, rationalization, investment and profitability i.e. the global vernacular of socialist central planning. The transition from redistribution to growth was accompanied by the reinvention of managerial authority, now premised on secluding the figure of the manager from the daily rhythms of factory politics and severing it from inherited crony allegiances; the remaking of wage hierarchies around the Fordist categories of skilled/unskilled, manual/intellectual, productive/unproductive work; the redirecting of investments away from social spending, and the civil and political reintegration of the deported German workers returning from the Soviet Union. These processes were undergirded by a food rationing system that enforced the rural/urban divide while turning residence and land ownership, rather than lifestyle and consciousness into the defining tokens of class identity.

To conclude, my doctoral project contributes to a bourgeoning critical historiography of the social revolution that swept away East Central European societies during the middle decades of the twentieth century. This critical historiography, I claim, should offer itself a moment of reflexivity by interrogating not merely its own categories of analysis, but also by locating its object of inquiry within the underlining structural constraints of the past century. My dissertation, therefore, proposes a critical study of the postwar in Romania that, while providing thick descriptions of workers’ lived experience galore, tries to account for the reproduction of a historically specific form of social life mediated by commodified wage-labour.