Labour history, a dynamic field in social history, is today largely absent in South-Eastern Europe. This state of the art reflects the socio-economic development of the region. After the end of socialism, the working class was largely dissolved and where there still is industry, workers have been politically, socially, and culturally marginalized. The study of workers and of labour is by many in the region associated with communism and old-style party history (for good reasons, if one considers the ideological nature of communist-time historiography on the workers movement). However, the wide-spread ignorance for labour as an important object of historical research creats huge white spots in our knowledge about the history of the region.

Labour is not barely an immensely imporant social practice which links life cycles, family strategies, and institutions of the political economy, but also a great perspective to look at important historical questions. Labour intersects with so many other salient realms of human life, so that a history of labour almost automatically elucidates important political, social, economic and cultural problem. Yet, the exploration of labour relations is not only warranted for a better understanding of the history of South-Eastern Europe (as in any other part of the world); there is more than that: South-Eastern Europe can, because of its specific developments, contribute revealing case-studies for salient questions of ’new‘ labour history. The labour history of South-Eastern Europe is not to be written just as a deficient emulation of Western pathways, but rather needs to be seen as a momentous process in its own right. Labour relations and their development are always spatialiazed and connected to wider cultural and social practices. This is why comparative and transnational approaches are necessary in order to avoid the trap of western-eurocentric perspectives.

The idea of this website is to serve as a plattform of exchange and information about projects in the area of South-Eastern labour history. We plan to announce events; inform about, and provide access to new publications in the field; make available primary sources and other pertinent materials. By that we want to connect the dispersed efforts to study the history of labour in South-Eastern Europe, and to provide resources for the integration of Southeast European case studies into „general“ labour history. 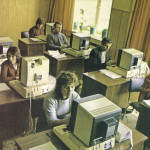 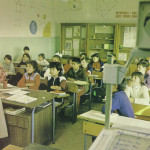